One of the traits of a great DB is football intelligence, or what I like to call your Cornerback I.Q.

This encompasses knowing your opponents' down-and-distance tendencies, reading offensive formations and anticipating their plays, and reacting to receivers' routes based on their alignment and individual tendencies.

Not only must you learn how to do these things but also incorporate your Cornerback I.Q. into how you play.

For example, some players know their opponents so well (after film study) that they can gamble in certain game situations, and, more often than not, make a great play.

Are you a soldier or a Field General?

Which one do you want to be?

These next few pages will focus on how you can increase your Cornerback IQ and impose your will on unsuspecting offenses.

Defensive Back Coverages
Basic man-to-man and zone coverages. Line up and lock down or play the angles, assist your teammates, and destroy all action to your zone.

Reading Offenses
Before the ball is snapped, you can have a pretty good idea of the play an offense is gonna run. Through film study, and knowing formations and tendencies you can almost get inside their playbook and use your knowlegdge to destroy any attempts they make at the endzone.

Reading Quarterbacks
Quarterbacks give tell-tale signs of what they want to do with their pre-snap reads and drop steps. Learn to read them and you'll be licking your chops, as you break on a well-read throw.

Reading Receivers
Receivers can also give away the play with their alignment, intensity, and route-running patterns. This can be a great tool in your arsenal if you learn to use it right.

Disguising Your Coverages
You are not only playing against the players on the field. You are also being studied by the coaches up in the box, so remember that "All war is deception." Know your opponent and know yourself, but never let them know you. Disguise your intentions, use your Cornerback IQ to play with their heads, and they won't know what hit 'em.

Be a Shutdown
Corner in 18 Weeks! 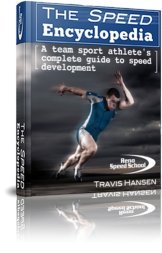